This set includes a hardcover book and a single Argyle & bendable hat Gnome.

Adorable and easy to maintain. No hide & seek or silly games to keep this Santa helper around.

Santa sent The Lazy Gnome to help with the Naughty/Nice list. These mysterious friends report to Santa if you're naughty or nice, even when you're out of sight.

Based on 7 reviews Write a review

Thank you for submitting a review!

Your input is very much appreciated. Share it with your friends so they can enjoy it too! 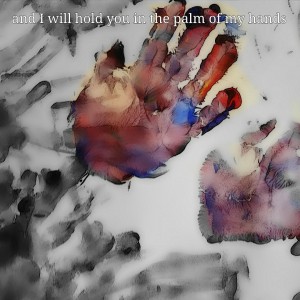 Not only is the book darling, but as of April (2) 2019, Old G (our gnome) is still going strong. He is beautiful and has a home atop the shelving with a Barbie couch and old phone to continue his ongoing communication with Mr. Santa. They are perfect in every way.

Love the book and the gnome is adorable

Loved the content of the book and the illustrations are bold and beautiful. I was quick to receive my book and when I was accidentally sent a different gnome they were quick to remedy the situation. Thank so much for the hassle free concept of Santa’s helper!

My Class Loved the Gnome!

I teach 2nd grade and decided to use the Gnome in my classroom because I am too busy & too forgetful for that other tradition. My students LOVED it! They wrote him notes, left him candy and cards. He was a big hit! Thanks!

Dear Santa, Thank you so much for sending us our gnome who we call Norman. At first we were sad that our elf had gotten so famous that he no longer had time to be a scout elf. We had noticed that our elf was on magazine covers and even had his own balloon in the Thanksgiving parade. We completely understand that with fame comes many new responsibilities and we wish our elf the best. When our gnome arrived on our coffee table in the morning we read the book and were delighted to find that we were allowed to actually hug our gnome. We each hugged him once and placed him by the tree and we know not to touch him again until next year. Our gnome is so much smarter and more well behaved than the elf. He simply grabs his phone out of his magic hat and calls Santa to make his reports each day instead of flying half way around the globe. We know he makes the calls at night because each morning his hat is moved in a different position. He doesn't make any messes and he always stays right next to the tree. He's already given us a couple of little presents that were hidden in his hat. We love Norman, he's just so cute and fuzzy. We are trying to be really good for you Santa! Thank you very much for our amazing gnome, Norman! Merry Christmas!